Thread Rating:
You Guys Are In For A Deal With – Don Jazzy Hypes Adekunle Gold’s Afro Pop Vol. - Cel
Adejoh101

Music producer and founder of Mavins Record,Don Jazzy has endorsed Adekunle Gold’s Afro pop Vol. 1 album, which is set to be released on August 21.

According to him, SABINA is so technical, if you sabi music; PRETTY GIRL is pure vibes; HERE FOR YA and WATER CARRY ME are sweet and EXCLUSIVE is touching my soul.

The album is expected to contain 10 tracks, which he purposely named African Popular Music, a reflection of his growing versatility. 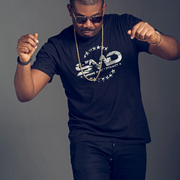