Thread Rating:
‘How I Was Maltreated In DSS Detention’ — Sowore
Kingsolomon 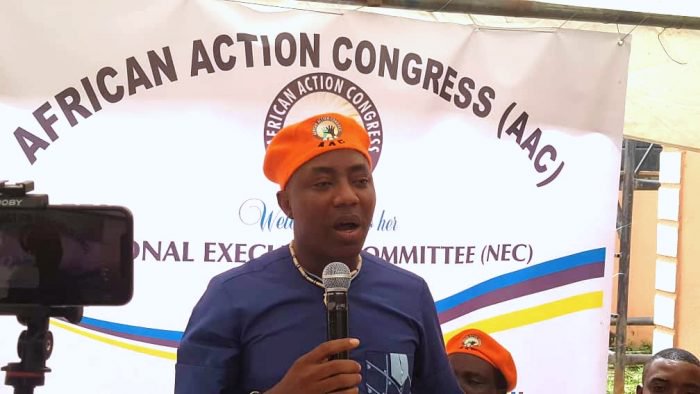 The co-convener of #RevolutionNow protest, Omoyele Sowore, who has been in the detention of the Department of State Services since August 3, 2019, has accused the DSS of maltreating him.

“I was abducted in the middle of the night. I was taken to one of your facilities in Lagos. I was beaten up, rough-handled on my way to the facility in the car.

And my cousin, who was in the room with me, was also beaten and handcuffed, and my properties were forcefully seized. And when I got there, of course, the maltreatment continued, they threw me on a cold floor and locked the door.

“I had no contact with even the guards for two nights; I was in that facility before I was flown here by your agents. So, I was seriously maltreated,” Sowore reportedly said during an interrogation session by DSS operatives.

The National Legal Adviser of African Action Congress, the political party on whose platform Sowore contested the presidential race in this year’s general elections, Inibehe Effiong shared the “Transcript from DSS Interrogation of Sowore Upon Abduction – Excerpt 1,” on his Facebook page on Monday.

According to the transcript, Sowore was interrogated by five DSS operatives in the presence of his lawyer, one “Barrister Sam.”

One Usman Usman, a DSS operative, who led the interrogation, was said to have told Sowore that, “We’ll be asking you questions and our advice is for you to be truthful to the best of your knowledge. We’ll not force you to say anything.

Whatever question we ask and you have a problem with or you don’t have an answer to or you don’t want to answer, there is no compulsion, you simply tell us you’re not going to answer these questions.”

When asked by Usman to say “If in the course of your being here anybody has molested you in any way or maltreated you?” Sowore said, “Yes,” and went on to give the response above.

On whether he was denied food, the detainee said, “While in your facility in Lagos, yes, but I decided that because of their hostility I won’t take any food until I am allowed to talk to a lawyer.

I continued to refuse food; until I was allowed to speak with a lawyer, and I have seen my lawyer, but I am still being denied access to my immediate family.”

Asked if he had made calls to his family members, Sowore replied his interrogator, “I’ve not made any calls to them. My brother is outside; he wasn’t allowed to see me as we speak.

“No, I’ve not made any call to my family members, I only made calls to people I remember their numbers to bring me food and asked them to call my brother. My brother came in today.

But he was denied access to me, so I haven’t been able to see him and as a result, speak with my mum, wife and kids.”(sic)

HIRE ME FOR WEBSITE DESIGNING USE THE PM BUTTON TO SEND ME MESSAGE
.
There is love in sharing
Website Find Share
Reply
Quick Edit
Full Edit